This former drill hall is now the Royal Cavendish British Legion Hall, opposite the Old Vicarage in the village centre. It was originally built by the Duke of Devonshire for the Hartington and Dove Valley section of his Rifle Volunteers.

The Hartington Militia were founded in 1875. In 1880, the 21st and 8th Co Dove Valley Militia (founded 1860) were renumbered and they became 2 Volunteer Battalion Sherwood Foresters in 1882. Their rifle range was Target Field in Beresford Dale, from which spent ammunition was recovered within recent years.

The bass drum of the Hartington Volunteers hangs on a bracket high in St Giles Church with its drumsticks attached. According to a local newspaper report, it was bought by a local family in 1940, and given back to the village in recent years. It is a proud and colourful instrument, decorated with a lion and unicorn, mottoes, flags and some of the emblems of countries within the British Isles.

The drill hall became the Cavendish Hall before acquiring its present name. 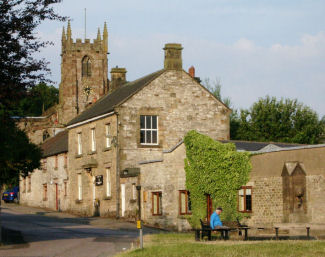 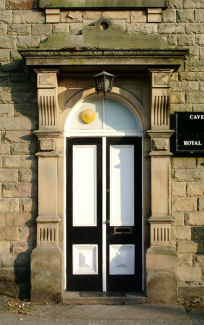 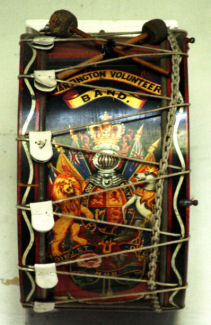