The 1st Buckingham Rifle Volunteers was formed in November, 1877. Initially they used a works paintshop for a drill hall and the current Drill Hall was opened in 1914, near to the station.

Wolverton Drill Hall carries an attractive crest of the Bucks Battalion, Oxfordshire and Buckinghamshire Light Infantry, clearly dating the building to 1914. There is a house in the grounds, constructed from matching brick with matching features and we suggest this may have been used as a dwelling by a sergeant instructor / caretaker.

The Drill Hall is still in use by the community and the ATC. It is also known as Mill Mead Hall. Signage states that it is currently used as the North Bucks Sports Hall. (2007) 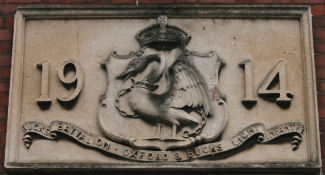 Detail of plaque above entrance 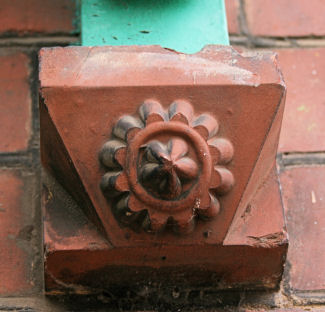