Thomas street no longer exists. It was in the area of Chester known as Newtown, and St Anne Street is the area where Thomas street was. The modern streets covering it are Henry Place, Stuart Place and Lyon Street. The whole area was cleared in the interests of improvement.

It is most unlikely that that Drill Hall is still there. It is probable that the drill hall was demolished in the redevelopment of that part of the city.

The Volunteer Drill Hall was situated in the centre of Chester, where Volunteer street meets Albion street. The drill hall faced down Volunteer Street. *Its location is described variously at each location, often within the same directory.

The 6th Cheshire Rifle Corps originated in 1859 at a time of impending war in Europe; and the 2nd Company Cheshire Artillery Volunteers followed shortly. According to Committee Files records held by Cheshire County Council, They used the cockpit outside the Newgate for training until the volunteer drill hall was built in Albion street in 1869. After 1871, these units were renamed the 2nd (Earl of Chesters) Volunteer Battalion of the Cheshire Regiment and the 1st Cheshire and Caernarvonshire Artillery volunteers. In 1907, they became part of the new territorial army under the Territorial and Reserve Forces Act, 1907.

The area where the Drill Hall was built was originally the former gardens of the Albion Hotel. Several streets of terraced, working class houses, Albion Place, Albion Street, and Volunteer Street, were laid out in the mid 1860s around the Drill Hall, erected 1869, and Steele Street was built in the 1880s. Public subscription paid for the Drill Hall, which cost £2,500. It was built in a castellated style, using red sandstone, stone-dressed brick and a slate roof, though now the facade is largely painted white.

In the early 20th century, the building was extended through to Duke Street and almshouses and two courts were demolished. Only the front elevation survived redevelopment into residential apartments in 2000.

The Drill Hall was a Recruiting Centre during the Great War. It is close to the genuine 1880s Albion Inn, which may well have been a draw to the young men about to leave for France and Flanders. The pub displays Great War artefacts. Veterans occasionally used to visit it, especially on commemorative occasions.

There is a detailed architectural description of the Drill Hall on the English Heritage website: View

Kelly, 1914, describes the above building being in 'Albion street, erected 1869 at a cost of about £2,500; it is a building of stone with embattled front and a tower.'

The facade remains (2005). It is the curious turreted building you can see at the end of Albion Street. The conversion has been re-named Albion Mews.

Further information about this Drill Hall is here. 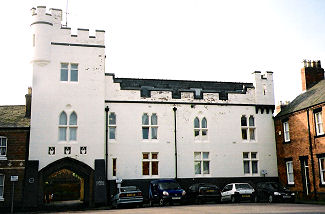 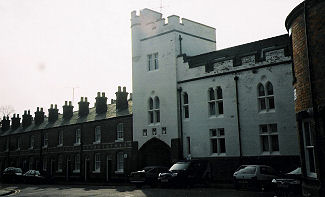 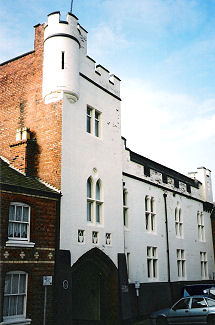 View from west along Albion Street 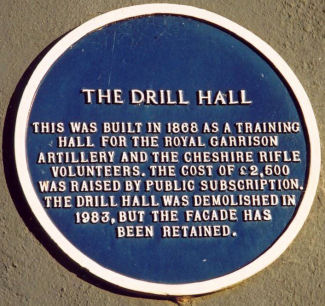 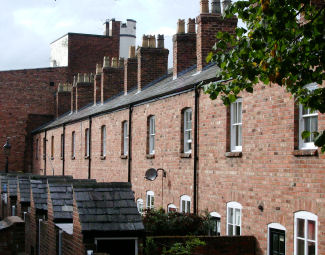 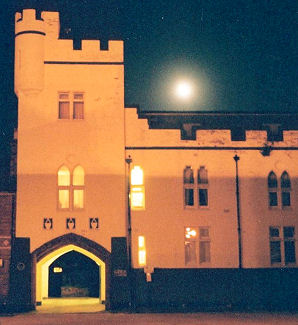