'A Volunteer Drill Hall was opened here in June, 1901, by Lieut.-Gen. The Earl of Dundonald K.C.V.O., K.C.B. and is now used by a Detachment of E Co. 7th Territorial Force Battalion Cheshire Regiment; the shooting range is in Oakhouse lane.' (Kelly 1914)

The drill hall was officially opened by Lord Dundonald in the afternoon of 26th June 1901, just after the return of Winsford men from the Boer War. The occasion included a procession by the Winsford Rifle Volunteers, members of the Cheshire Regiment 22 Company, two bands, tradespeople, school children and carriages of officials. It was followed by a ticket-only tea (one shilling) then a dance which lasted, apparently, till 3 am. for which tickets cost two shillings and sixpence.

It measured about ninety feet by sixty feet, with roof lights, a shooting gallery at the side and a main hall with solid floor for drill. The premises were steam heated. At the side of the hall were rooms for officers, arms and equipment; at the rear was a large kitchen. Adjoining the main building was a four bedroomed house for the sergeant instructor and large yard for outdoor drilling. There was also an armoury.

A side entrance gave access to stairs to the top of the tower, which was 46 feet high. The Winsford Guardian reported that the tower "gave a splendid view of the countryside, and on a clear day the Staffordshire and Derbyshire hills and Welsh mountains could be clearly seen".

The drill hall was designed by James Holland, architect, Northwich, and constructed by James Fowles and Sons of Winsford on land purchased from the Verdins for £2750 by the Winsford Volunteers Drill Hall Company.

During the 1930s, the drill hall was converted to a Cinema called the Palace. It became a bingo hall in the 1970s and remains in use for this purpose (2005).

Kellys Directory, 1914, refers to the Volunteer Drill Hall in Over, opened in June, 1901 by Major General the Earl of Dundonald. There was a shooting range on Oakhouse lane.

We have found no evidence of an extant drill hall on Delamere street and would be grateful for any further information. 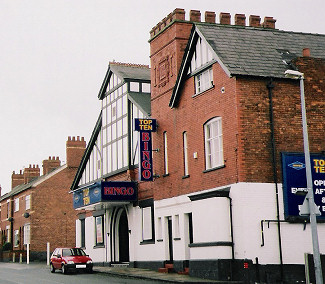 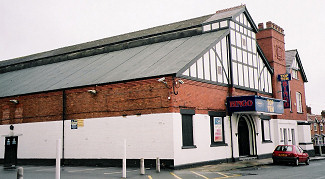 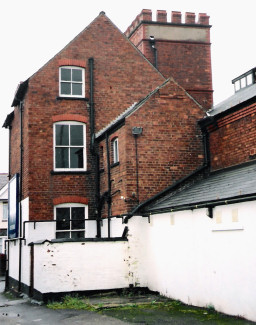