Kelly, 1914, describes the Territorial Drill Hall in Berkeley Vale, erected in 1874, [which] is a building of stone, 84 feet long and 50 feet wide. It is also let for public entertainments and will hold 1,000 persons. Kelly, 1893 adds that it has a reading room, armoury and sergeant-instructors quarters. Curiously, its capacity is only listed as 700.

An imposing building of stone and slate, the frontage to Berkeley Vale has a huge circular rose window with intricate tracery over a pair of arched doorways, with arched windows to the sides. There is a date stone beneath the window, and two coats of arms; beneath, three carved plaques, the outer two carrying the words drill and hall, the inner overboarded in timber with the painted motto B Coy 4th/5th Battalion D.C.L.I. To the side of the premises are store rooms, in flanking bays. There is a latticed rose window to the rear. The interior includes a gallery.

The Drill Hall is currently for sale. (April 2007) According to the Falmouth pages of the Cornwall Historical Characterisation for Regeneration survey, 2005, there are ambitions for its long term retention, refurbishment and re-use.

The survey's section on Archaeological Potential states that one of the negative features of the town is 'the current derelict appearance of the Drill Hall, potentially one of the area's architectural jewels'. The survey recommends: 'Ensure the long term retention, refurbishment and beneficial re-use of the Drill Hall, on the corner of Berkeley Vale and Brook Street. This is a building of striking design and, if refurbished, would serve as a spectacular landmark at a key entry point to the town's central core,. Given an appropriate use - one which reflects the quality of the building and location - it has the potential to act as a focus for further regeneration. In particular, its distinctiveness and sense of significance should inspire comparable responses in designing replacements for the poor later twentieth century developments in its immediate vicinity.' They also propose planting between the Drill Hall and the police station, to 'emphasise the incorporation of this currently blighted area into the Moor as a whole'.


Thanks to Charles Fair for the photographs and maps of this drill hall.

Thank you to Neil Clark for supplying the image of the Newtown road drill hall and for additional information.

This site has now been cleared for housing, but originally had an iron walkway called the Submarine Pier projecting into the water, built by the Royal Engineers as part of the coastal defences. In later years a huge drill hall was built by the Horseley Bridge and Engineering Co. of Tipton, Staffordshire, using a process known as Lamella construction, developed by Junkers in Germany during the 1920s.

A link to an article on this building can be found at http://www.cornwall.gov.uk/index.cfm?articleid=13469 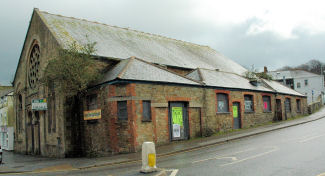 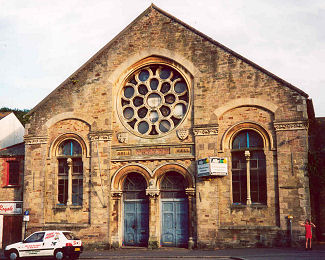 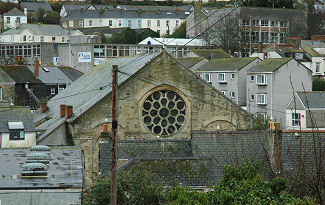 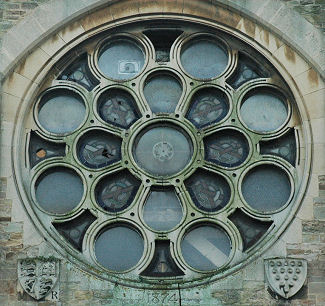 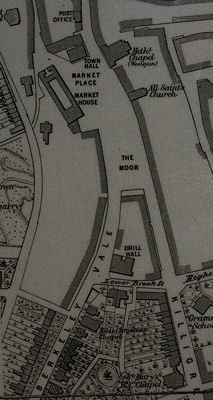 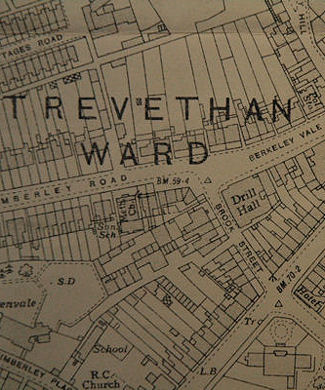