Kelly, 1912, records a drill hall.
This is not a specific military drill hall. It was built in 1903-4 by Bolsover Colliery to provide recreational facilities for the Boys' Brigade. The architect was Percy Houghton and the style is Arts and Crafts movement. A local person questioned believed it had also been used by the local military. This is likely because it had a multitude of public uses, but evidence to back up the opinion would be welcome.

The Drill Hall was under threat, but local pressure saved it. It has been restored in recent years, re-roofed and a main front window reinserted at first floor level to restore the appearance of the building to its original. 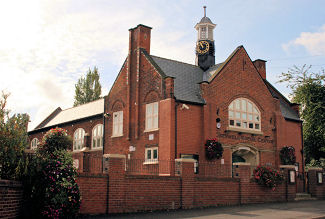 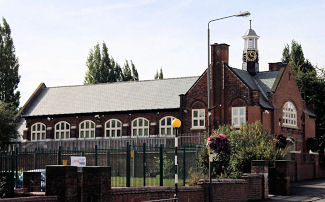