A company was formed in December 1900 to build a public hall in Birchington, to be used by the Volunteers as a drill hall and for other purposes by the public. The plans included some shops to the front and side of the hall.

In the event, a drill hall was built alongside the public hall, opening on 22nd March 1902. Ex-soldiers from the Great War started a Serviceman's Club in the former drill hall and the premises are now the Birchington Club.

It is hidden away behind the shops on Station road and accessed by a small passageway. The building seems to have been considerably altered during its lifetime. 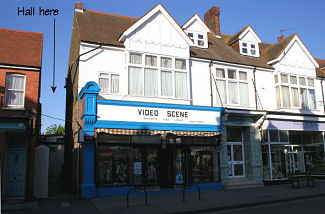