All the references above are from Kelly, 1913.

The re-oriented extract from the 1937 OS map shows the location of the Drill Hall. This is indicated by the arrow on the photograph, which corresponds in orientation with the map.

DoverWeb mentions that '...a series of lectures on the tactical deductions of the Boer War for officers and men of the army was given at the Volunteer Drill Shed, Northampton Street. ...' in 1901.


Liverpool Street.
This drill hall is shown on the 1937 OS map. The dual carriageway to the Eastern Docks now goes right over the site of this drill hall and nothing remains. The site is on that of the Guilford Battery which sits at the foot of the cliff under Dover Castle.

The extracts from the 1907 and 1937 OS maps show Liverpool St and the locations of the Drill Halls at the Eastern End. Unfortunately the dual carriageway to the Eastern Docks appears to have sliced straight through the sites However, there are some remains of the battery.


We are very grateful to Charles Fair for the detailed information and the photographs. 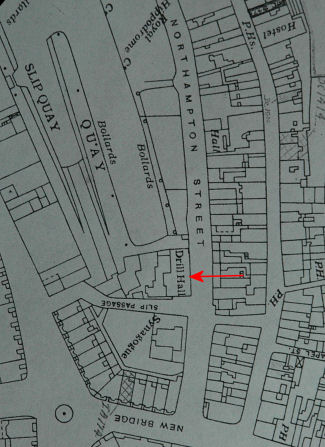 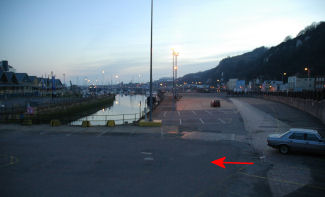 Northampton Street: The site in 2007 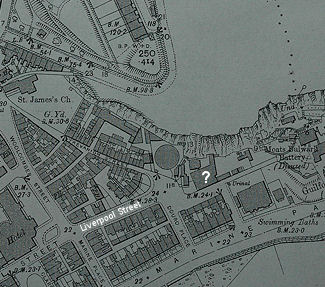 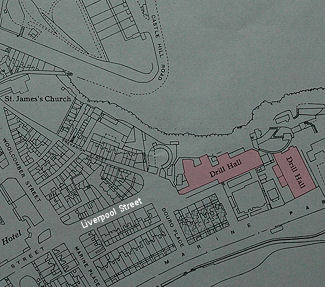 Liverpool Street: Extract from 1937 Ordnance Survey
© All material is copyright - refer to the Terms of Use