All references taken from Kelly, 1913.

Maidstone's drill hall in Union Street is described in Kelly as being 'erected in 1911, at a cost of about £7,000, [and containing] in addition to the various offices, residences for four instructors and caretaker.' The Times, Saturday 22nd August 1903 states 'THE LORD MAYOR of London was yesterday presented with the freedom of the borough of Maidstone, and afterwards laid the foundation-stone of a new drill-hall.'

The drill hall on Union street was to the right of the junction with Wyatt street and the Rifle Volunteers pub. This seems to be the only reminder of a military presence on the street, because the site of the drill hall is now occupied by a modern four-storey apartment block of little architectural merit, unsympathetic to its context adjoining a conservation area.

We are very grateful to Giles Guthrie, Keeper of Human History, for the maps, which are produced by permission of Maidstone Museum and Bentlif Art Gallery.


Monckton Drill Hall, Maidstone
This was built in 1903 on land formerly occupied by College Farm which is in the College Road area. The photograph shows the gateway, with the insignia of the Royal Army Medical Corps.

The unit was formed unofficially at first in 1886 from the St. John Ambulance Corps (not Brigade) and became officially the 5th Division of the Volunteer Medical staff corps in May 1887. The title was changed to the Maidstone company V.M.S.C. in 1892.

Surgeon-Major Monckton was the superintendent of the Maidstone St. John Ambulance Corps. [He] resigned, due to age, on 6th January 1894. He had been the founder and the first Commanding Officer. He died in 1896.

On 31st August 1903 the Lord Mayor of London, Sir Marcus Samuel, with the Lady Mayoress and sheriffs in full civic dress laid the foundation stone of the Monckton drill hall and also unveiled a tablet in the Maidstone museum to commemorate the services of the unit in the South African war.

Prior to this the unit had used the Old Palace, Maidstone, but the association with this palace did not cease. The Monckton drill hall still exists (2007). Although used by the Army Cadet Force the imposing entrance gate still bears the R.A.M.C. badge. The present unit, 220 (1st Home Counties) Field Ambulance, is at Ditton a short way outside of Maidstone and a copy of the old badge is now over the unit entrance added at the unit centenary in 1987.

The wording on the Plaque is:
Monckton Drill Hall / Erected for the use of / the Maidstone Companies / R.A.M. Co. Vols / The foundation stone / was laid by the / Rt. Hon. the Lord Mayor / of London / Sir Marcus Samuel Bart / August 31st 1903

Information on Monckton Drill Hall was taken from the work of Reginald Leonard Barrett-Cross, who was engaged in researching the Royal Army Medical Corps. It is used with permission.

We are very grateful to Barbara Janman for the archive photograph and for the information from her late fathers research. We will add more to the site shortly. 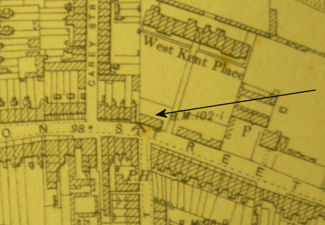 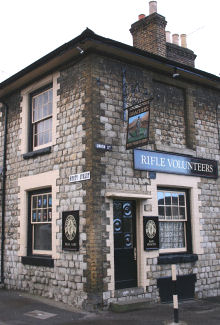 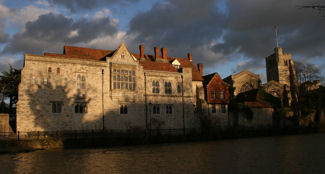 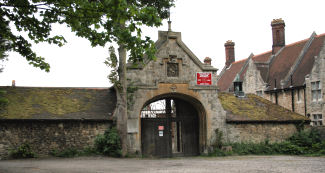 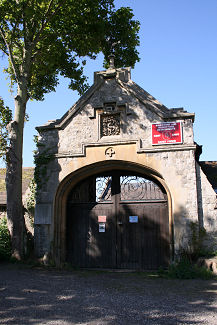 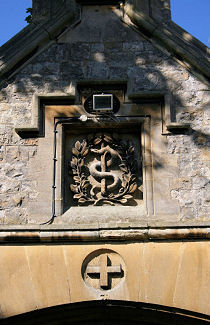 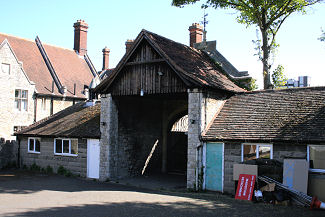 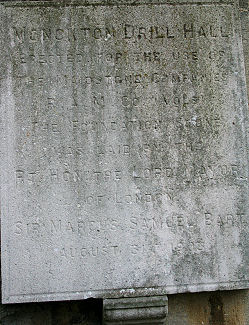