St George's Hall
St George's Hall is a former Assembly Rooms, built in the 1840s, recorded in 1905 as being used for concerts, as a theatre in 1911, later a cinema and now a snooker club. It does not seem particularly well cared for.


174 High Street
There is no evidence at this location of the drill hall noted by Kelly. The present building at this address is a modern dwelling house (2007). 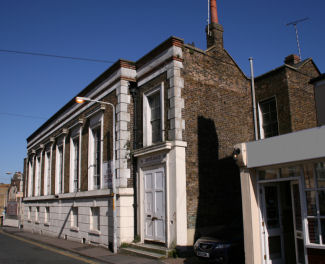 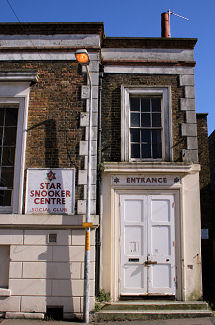