The photograph shows the site of a building which was built in 1892 as a boarding house for the second grammar school and adopted by the Volunteers as drill hall in 1909 after it became vacant when the new school opened. There was a rifle range behind the cemetery on the Northampton Road. The drill hall was used by Home Guard and eventually demolished in the 1970s; its site is now housing and its former use preserved in the name Yeomanry Court.

The drill hall building on part of the site appears to have some old features, including a boundary wall, and we wondered whether it is the remains of outbuildings or stores from the original drill hall. It is used by the Leicestershire and Northamptonshire Army Cadets Force.

We have more information which will be updated in the near future.

We are very grateful for the assistance of Sue Jackson and family and for the valuable information supplied by Bob Hakewill, Hon Secretary, Market Harborough Historical Society. 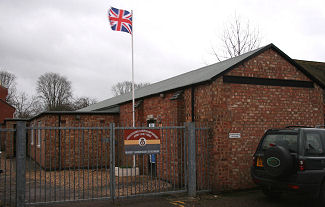 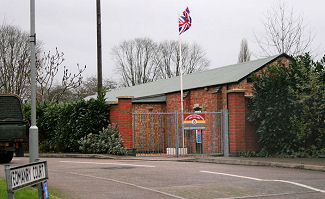