White's History, Gazetteer and Directory of Lincolnshire, 1872, records: "New Temperance Hall, a large commodious building in Spital terrace, was commenced in April 1871 and finished in December of the same year at a cost of £1000, exclusive of the site, which was given by Mr Frederick Mawer."

Kelly, 1885 and 1889, refers to the same building. "The Temperance Hall, erected by subscription in 1871, at a cost of £1500, is a substantial building, situate in Spital terrace: it is a commodious and well arranged structure, and has two large rooms, one of which ,the Hall, will seat 750 people; it has a gallery, also a stage with retiring rooms, to which a private entrance gives access: at the front of the building, over the principal entrance, is a lecture room (wherein the Good Templars hold their meetings) capable of accommodating 750 people: during the winter season courses of lectures are given in the Hall: it is also used for general public meetings, musical and other entertainments."

At that point, the Lincolnshire Regiment 1st Volunteer Battalion J Company, had its orderly room in the Town Hall.

Although Kelly, 1913, records the drill hall, by 1919 there is no mention of the Drill Hall or the Territorials. (However, this is not uncommon for the war years or 1919.

The building was built as the Temperance Hall, by 1896 was in use as the Public Hall, by 1905 was known as the Royal Hall and by 1909 was in use as a Drill Hall. Perhaps this coincides with the reorganisation into the Territorial Army in 1908. Prior to this, the Volunteers had made use of the Town Hall and later an Armoury on Market Place. Possibly a need for dedicated premises led them to acquire the former Temperance Hall.

There is no evidence of a purpose-built military building on Market Place.

It has not been possible to ascertain why the building has a stone inset plaque to the St John's Ambulance Brigade, but from a visual inspection, the plaque may be more recent. SJAB currently use part of the premises. 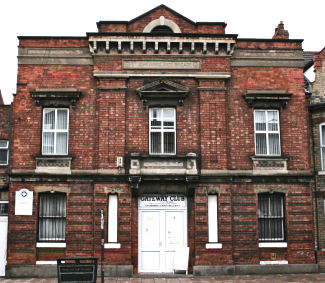 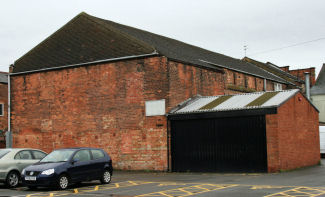