Doughty road Drill Hall - further information:
The Times, Thursday, February 12th, 1891: The Right Hon. E. Stanhope, Secretary for War, and Sir Edward Watkin will take part in the opening of a new drill-hall for the Volunteers at Grimsby at the end of next month.

A year after Kellys staff made their notes, war was declared and on August 4th, 1914, the Territorials were recalled from camp in Bridlington. Before their mobilisation, they were billeted at the Drill Hall in Doughty road, as well as various other locations in the town, including schools and the docks. After ten days, they departed for Belper, their first destination in a journey which took in Luton and Stansted, and eventually to France as part of the 46th Division.

The archive photographs of this Drill Hall, taken in 1964, show a rather grand single storey building with a crenellated parapet surmounting a row of arched windows punctuated by buttresses. It was demolished in the 1980s and we have been informed that the site is now a car park.

The building is constructed from red bricks with limestone ashlar detail and a Welsh slate roof. The former artillery barracks, which included a drill hall, was taken over by Albert Gait Printers in the mid 1930s and has remained as a printing works to date with the same company albeit changing its name to Wyndeham Gait. The façade and office accommodation is almost unchanged, whilst the interior is much as it was in the 1930s apart from being full of modern printing machinery. The building has a conservation order on it and is listed as Grade II with North East Lincolnshire Council. [2006]


Thank you to Peter Wheatley of Wyndeham Gait for the updated details.

The archive photographs of the Doughty road Drill Hall are used with permission from Grimsby Library.

Thank you to Steve Bramley for the photographs of the Victoria road Drill Hall and for the additional information he supplied. 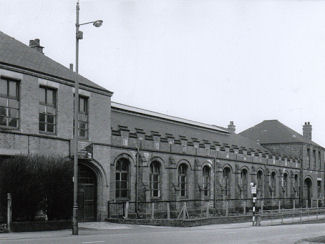 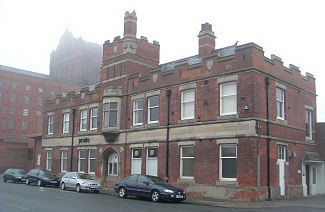 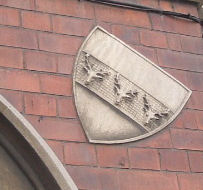 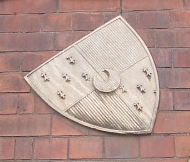