According to Pevsner, a conservatory wing of after 1867 was enlarged and converted into a drill hall in 1896. He was apparently not impressed: Some of the jarring notes [of Bestwood Lodge] are the result of alterations. The drill hall is on the south side of the building and comprises a buttressed hall with five bays on the ground floor. The first floor is timber framed with dormers.

The terracotta relief on the external facade, above the door, seems to reflect the military use of the building. It depicts two male soldiers, one holding a bow and a quiver of arrows, the other carrying a musket.

Bestwood Lodge was taken over by the Army in 1938. The drill hall was apparently in use during the Second World War and is still viewed by veteran soldiers as part of nostalgia visits.

Bestwood Lodge is now an hotel and the former drill hall is used as a ballroom. (2006)

Any further information about the history and use of this drill hall would be gratefully received.

Many thanks to Rob Allen of the Bestwood Lodge Hotel for showing me round the premises and allowing me free access to explore. The early pictures are reproduced with the hotel's permission. 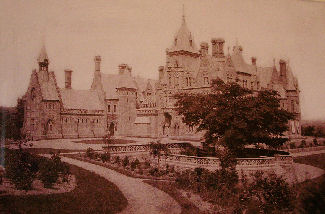 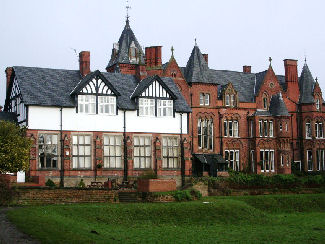 Bestwood Lodge 2006 -
The Former Drill Hall is the white building 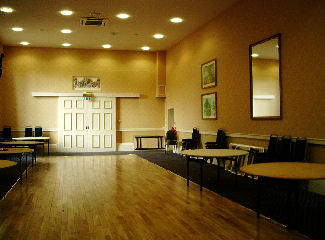 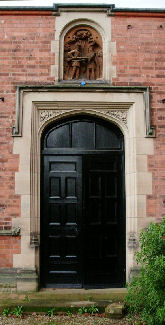 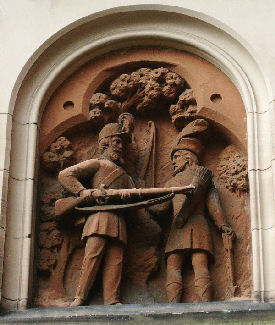