It is understood that there may have been two Drill Halls at Longdon Coleham; reports state that one was demolished in recent years. There is one drill hall still standing, used by a Christian community.

The Armoury pub at Victoria Quay, near the Welsh Bridge, is interesting. It started life as the first custom-built Drill Hall in Shropshire, designed in 1806 by James Wyatt. It was located near London Road (Armoury Gardens) and until 1919 it was used by the Militia. Belgian refugees were accommodated there during the Great War.

When the Militia was disbanded, the building was moved brick by brick to a new home next to the River Severn in order to recycle scarce building materials. It has had various non-military uses since then and is now a dining-pub.

St Alkmunds Square is an elegant residential square adjacent to St Alkmunds Church. We have seen no evidence of a specifically military building. (2007) Kingston House is occupied by a law practice.


We are grateful to Peter Duckers, Curator of the Shropshire Regimental Museum, for his insights into the military premises in Shrewsbury and the county.
The Armoury
Photograph used with permission. 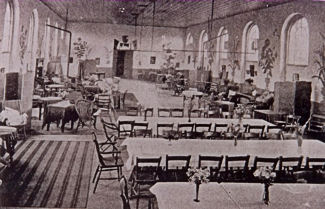 The Armoury in use for convalescence
Photograph used with permission. 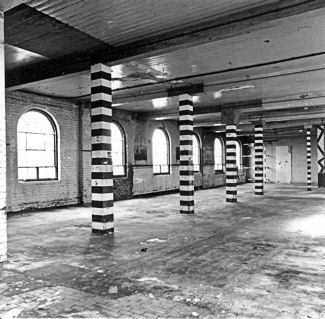 The Armoury in use as a bakery
Photograph used with permission.