Yelde Hall, Market Place (Market Yard)
The Chippenham Volunteer Rifle Corps used the buildings as its armoury from 1846 until 1911, when it moved to new headquarters at The Ivy, Bath Road. The Corps became B Company, 2nd Volunteer Battalion, The Wiltshire Regiment in 1881 and in 1908, on the creation of the Territorial Force ... it became B Company, 4th Battalion, Duke of Edinburghs Wiltshire Regiment. ...

This postcard [top right] 'shows the building as it was in the days when it was used by the Chippenham Volunteers. For many years a cannon stood outside the building but unfortunately it has since been lost. Recruiting posters for Regular Regiments can clearly be seen.
(Extract from a booklet produced by Chippenham Town Council in 1988 to celebrate the Silver Jubilee of the Yelde Hall Museum.)


Bath road
Kelly, 1911: 4th Battalion The Duke of Edinburghs (Wiltshire Regiment) (D Co.); Bath road.
The Bridge Centre on Bath Road is a converted Drill Hall now used by the community for youth work, a folk festival and a lunch club for elderly citizens. Formerly the 4th. Wiltshire Regt. Territorial Army HQ and Drill Hall, it was originally built in 1911 but substantially rebuilt in the 1960s and now only recognisable as a 60s building. Externally there are a number of outbuildings. The centre is situated in the middle of a traffic roundabout. It is still in use by Wiltshire ACF.


We are very grateful to David Adams for the interesting information about Chippenham. 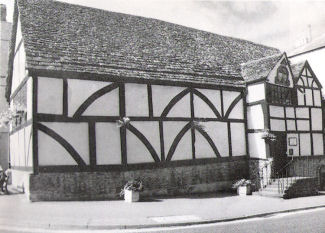