Between 1901 and 1914, the Volunteers Company used the Trumpet Inn, Merstowe Green, as its drill hall. The company was commanded by Captain Harry of Bridge House.

Kelly records that the staple industry in the area around Evesham was market gardening; it was famous for fruit, vegetables, asparagus and flowers. It can be assumed, therefore, that many young men could have chosen not to join up, but to stay and work in the local agriculture. However, many presented themselves for active service and local accounts record that the Volunteers left the Drill Hall in Bengeworth on 5th August, 1914, marching to the station on their way to their first camp.

The drill hall is no longer adjacent to fields, but to a well-established, well cared-for early council housing development. The building is in use as Bengeworth Sports and Social Club. Photographs updated May 2007. 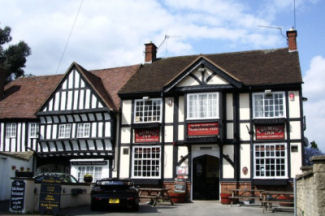 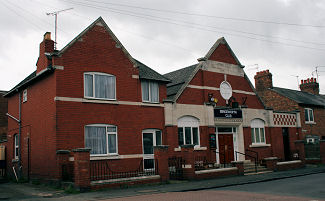 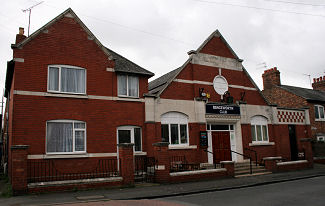 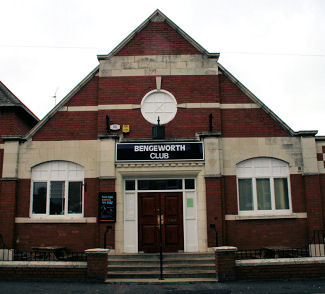 Bengeworth - detail of entrance.
© All material is copyright - refer to the Terms of Use