Now sadly demolished, Malvern's drill hall in Clarence Rd housed the Ammunition Column of the 2nd South Midland Brigade RFA. They also had two field guns which, for operational purposes, were joined to 2nd Worcester Battery, at Kidderminster. This is listed as Right Section in Kelly's 1912 Directory.

A report in the Malvern News, October 3, 1903 reported that, 'excellent progress is being made with the erection of the new Artillery Headquarters in Clarence Road. A thoroughly complete and up-to-date drill station is being provided at a cost, including the land, of about £1,800. Mr E E Baldwin is the architect and Mr Allen the builder. It is hoped to have the work finished by March. Everyone connected with the battery will be glad to leave the present inconvenient station for the commodious headquarters now in the course of construction.'

A century ago, in 1904, the Gazette devoted a lot of space to the visit of Lieutenant General Sir John French to officially open the drill hall of the Artillery Battery, recently built in Clarence Road. "The town gave him a very hearty reception," the Gazette was pleased to report. "The route along which he passed was gaily decorated, the crowd was large and enthusiastic, and the whole of the proceedings were of a most auspicious character."

Lunch at the Imperial Hotel, now the Malvern Girls' College, was followed by the opening ceremony at the hall itself. "Sir John, who was enthusiastically cheered, said it had given him the greatest possible pleasure to come to Malvern for the purpose of opening that Drill Station. He thought the people of the town were to be very much congratulated upon the show of loyalty, patriotism and love of country which had made the volunteer movement not only in that town but throughout the country," the Gazette reported.

The drill hall has now gone, having been demolished a few years ago to make way for a housing development. Nonetheless, a plaque remains, to show the site of the building opened by Sir John French on May 12, 1904.

Drill station, Como Road / Albert Park Road
Malvern also provided premises for a drill station for 'C' company 8th Battalion Worcestershire Regiment on the corner of Como Road and Albert Park Road, Malvern, which was demolished in July 2003 to make way for five homes. It had an interesting history, despite its unassuming appearance. Mick Wilks, a volunteer with the county archaeological service, had researched the building's history.

The hall was built by the 11th (Malvern) Corps of the 2nd Administrative Battalion of the Worcestershire Rifle Volunteers. Mr Wilks's researches indicate the hall was built around 1867, and that it was financed by corps members, who numbered about 100. They formed a Drill Shed Company Ltd, with capital of £1,000 in £1 shares raised from members of the corps. "With an average shareholding each of £10, the Volunteers were very likely to have been a middle-class organisation," said Mr Wilks.

The rifle corps practised at a range in West Malvern. From the 1870s, they shared the hall with Malvern Artillery Volunteers, who used Castlemorton Common as their firing range. Kelly 1900 lists the premises as headquarters of 2VB 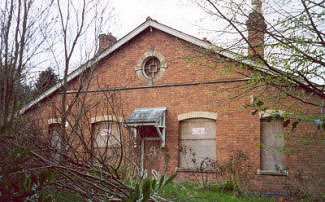 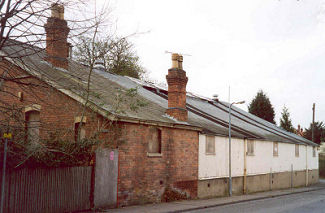 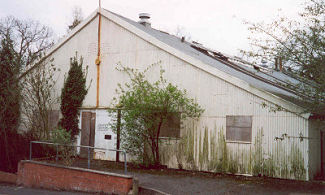 Malvern, commemorative plaque
© All material is copyright - refer to the Terms of Use