According to Littlebury's Directory of Worcestershire, 1908, the Depot of the 2nd Volunteer Battalion Worcestershire Regiment, with John Wall as Sergeant Instructor, was on Broad street. Its location is quite specific - the fifth property after Cemetery Road and Church Walk - but this seems to be a private house.

The Pershore Almanac, 1908, refers to the Territorial Company, C Company 8th Battalion Worcestershire Regiment and lists the Headquarters at The Armoury, Broad Street.

There is a Drill Hall on Defford Road, in use as a Fire and Ambulance Station [2006]. The facade has been altered with a plain brick and concrete wall to make it suitable for large vehicle access, but an old photograph shows a rather impressive facade with an arched door flanked by single storey bays surmounted by parapets. The building seems to have been extensively modified over the years.

The large hall has been partially converted into a garage and the floor concreted, but the original parquet flooring continues after a partition wall into a meeting room. Upstairs, there are rooms now used as offices and rooms which may have been equipped for domestic purposes; one of them may have a range concealed behind later wooden boarding.

Adjoining the drill hall, there is a residential building. Apparently there are roomy cellars. The property is surrounded by extensive grounds and there is a small Cadets hut.

I am very grateful to the two Paramedics who showed me round the premises and gave me background information. 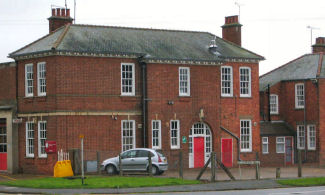 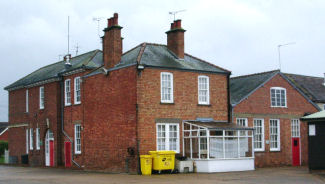 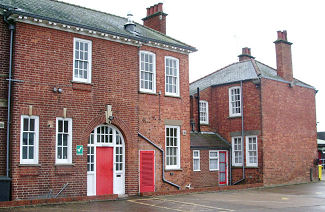 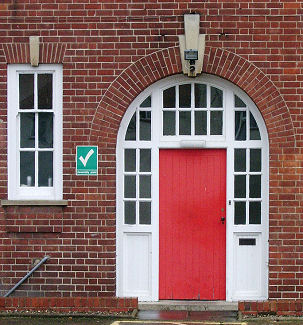 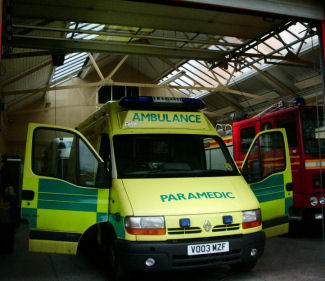