South Wales society underwent considerable changes in the late nineteenth and early twentieth century. The heavily populated industrial communities included in the list of Monmouthshire towns reflected the movement towards workers self-education, militant consciousness and working class political constituencies which, along with neighbouring Glamorgan, went on to produce some of the key names in socialism.

It is likely that a young man enlisting in his local Territorial unit within this region would be familiar with some of the most prominent newspapers and pamphlets in Wales and that his father, or grandfather, would have encountered the co-operative societies, seen their friends enter the army, navy or even boxing as a way of making a respectable living, and observed the pressures towards unionism which resulted from a wave of catastrophic pit disasters and a deliberate reduction in miners wages. His father might well have rejoiced or grumbled as the Welsh Sunday Closing Act was passed in 1881, but the influence of the chapels set a pattern of Dissent which would have been a deep and lasting part of the young Territorials culture and awareness. Probably, he would have benefited from the increasing provision of schools in Wales and he might well have believed himself to be part of a generation for whom a bright future shone. 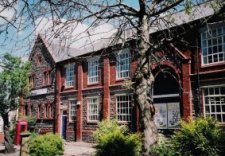