The Drill Hall in Old Market Street
This was purchased by developers in ? to be converted into apartments. It was an historic building which was previously used as a sugar warehouse and sugar refinery by Bristol Sugar Refining Company and, later, the Bristol & West Sugar Refinery. When the company went bankrupt, Sir H H Wills arranged an exchange of land so that the Gloucestershire Territorial Force Association could move from Queens Road in Clifton to the Drill Hall.

The Drill Hall was used as a billet for the first of a large contingent of black American soldiers stationed in Bristol prior to D-Day, 1944 and racial tensions led to a brawl on July 15th, 1944.

Recently it was used as a postal sorting office (2005). It is now under development for use as business premises and flats. (2007)

Ashton Gate
Follow the link to view an amazing complex of drill hall buildings, which command interest, although falling outside the strict scope of the Project.
View Ashton Gate Drill Hall 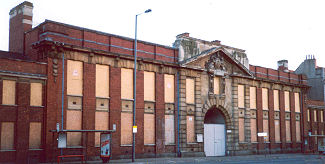 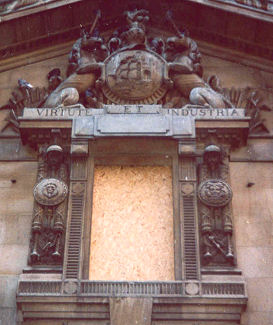 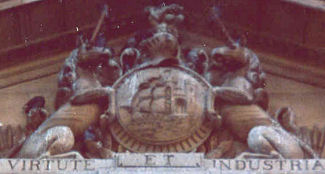